As a decision maker in a supply chain, manufacturing plant or order fulfillment center, you would likely stumble upon this article and say "what does Toyota's manufacturing processes have to do with the way I run my company?"

Some would say everything.

From the ends of the agrarian era through the late industrial age, optimization and efficiency helped push people off of the farms (industrial farming) and into the cities. There, as industry and economies of scale took hold, early manufacturing philosophies began to set standards for the way companies managed production - for the most part.

Standing as a landmark in the historical timeline of philosophical development is Taiichi Ohno - a Japanese engineer who revolutionized his country's industrial economy, and gave us incredible insights into manufacturing best practices through his life-long examinations.

What is most notable about Ohno is not how he impacted early industrial supply chain and manufacturing. Rather, what is incredible is that Ohno's most touted observations are just as important today. Perhaps they are even more relevant amidst the competitive global market that is increasingly characterized by uncertainty.

Ohno's major observation and contribution is the way he approached continual optimization. To Ohno, business and life was about observing inefficiencies, and setting up a system to address and resolve issues for a more efficient process – resulting in added value and more revenues.

Right in the middle of the Ohno methodology to optimization was one simple truth - waste is the physical form of inefficiency. Any activity across any operation that does not add value should be considered waste and minimized. Waste, to Ohno, was the enemy.

Observing non-value activities and their origins in every process (sensors), setting up central communication (ERP) and implementing a path to resolution (administrative controls) was the best way to eliminate waste, Ohno described. These stand as landmarks of leading supply chains and manufacturers today.

"All we are doing is looking at the time line, from the moment the customer gives us an order to the point when we collect the cash. And we are reducing that time line..."
-Taiichi Ohno

So what exactly were these wastes and non-value activities? Well, they may be different for any given industry or production line, but Ohno did give us three broad categories:

Muda (seven wastes): This was the word Ohno used to describe wastes, and he broke it down into seven sections, including: Waiting, transportation, processing, motion, bad quality, inventory waste and overproduction.

Mura (Unevenness): Without standardized processes, divergent methods can add wasted movement and resources. Ohno pointed out that consistency and balance across processes and demand was vital to waste reduction and revenue increase.

Muri (Overburden): Ohno realized that efficiency was really smart laziness, and stressed that pushing workers and machines beyond their capabilities was a sure path to revenue 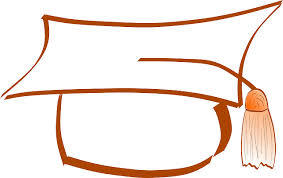