How to Keep a Multi-Generational Workforce Happy and Productive 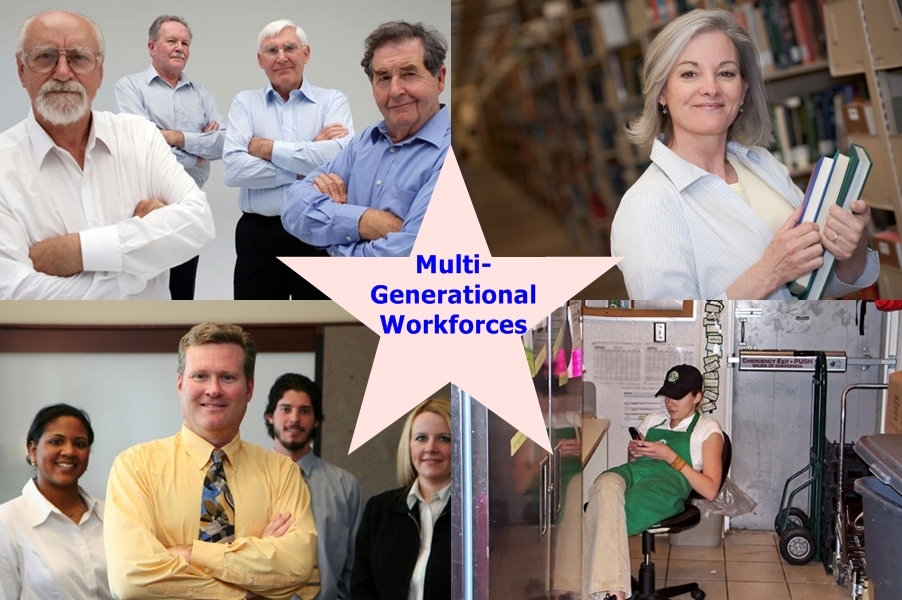 Managing today’s multi-generational workforce can indeed be a challenge. There are marked differences in the worldviews, work ethics and behaviors of these different generations, and if you don’t become sensitive to their differing needs by coming to understand the forces that shaped them, you have little chance of successfully providing the right degree and quality of stimulation they require to become outstanding employees, nor the types of rewards they will appreciate when they do.

Your main aim in all of this should be one of developing a collaborative atmosphere in your organization, whether you are approaching it at the team level or at the macro level of the entire organization. It used to be that the workplace consisted of only one or two generations, and everyone came from the same frame of reference – the same experiences had shaped them all. But now there are an unprecedented four generations in the workplace at the same time, and they all come from sociological profiles that are vastly different.

Although there are fewer and fewer of the Veteran Generation (born before 1945) at work, many are in senior executive positions now. With parents who lived through the Great Depression, they tend to be very frugally-minded and conservative. And although they are in their late 60s or older, many are remaining in the workforce, either because they have attained a position of leadership, which they enjoy, or because they are being forced to work for low wages which they must continue to earn to provide for their families (they are grandparents now), so they cannot afford to transition into retirement. In regard to authority, this generation has nothing but respect for orders you might give. Veterans demand obedience and respect when they are leaders of an organization. As communicators, Veterans expect you to follow the chain of command, with no exceptions to the rule. Veterans don’t want your feedback unless it is during the formal review process. They may be dealing with elderly parent-care issues.


At the time, the “biggest generation ever born” – 80 million total – between the years of 1946 – 1964. The reason for this was soldiers returning from overseas conflicts, buying homes on the GI Bill and raising happy little families all across America. This was the first generation to become immersed in television, and thus, consumerism. They have been hard hit with the economic realities of life, because TV has made everything seem so easy and the quality of life was given a very high priorty. It was always an assumption that by working hard, they would be able to earn enough to be comfortable when they retired. They tended to follow the lead of their parents, who had relied on their pensions for retirement income, and have neglected to amass any sizeable savings as a retirement cushion. Baby Boomers will question your authority, but generally will follow your orders if they seem reasonable. Baby Boomers are very collaborative leaders. Baby Boomers prefer face-to-face meetings over email when communicating. Baby Boomers would like their feedback in the form of money, please – a bonus or a raise, will do nicely! They may be dealing with child-care and/or elderly parent-care issues.
The smallest generation in your workforce – those born from 1965 – 1979. These are the most likely to cause you problems with succession planning, as they are such a tiny little span of years in between your Baby Boomers and Generation Y. These people also tend to come from broken homes or to have come from homes where both parents worked, meaning they were often left to their own devices. So they can be very independent. They were also just graduating from college when the mid-90s recession hit and there were no jobs available for them. This left them sitting on the cynical side of the fence when it comes to their outlook on American business. Just be aware. Gen X is very skeptical of authority. In leadership roles, Gen X people behave like entrepreneurs – they act like they own the place! They always want to know the rationale behind the decisions being made, which is their natural skepticism being put to excellent use. Gen X prefers email for its sheer brevity – they don’t have time for face-to-face meetings, which they see as a waste of time. Gen X prefers a direct approach to feedback and they are very likely to approach you and ask for some rather than waiting for a formal review. They may be dealing with child-care and/or elderly parent-care issues. 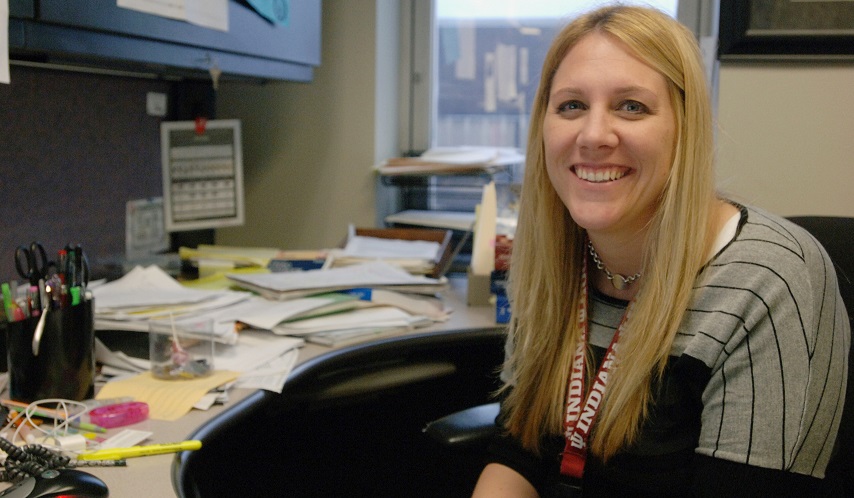 How to Keep Them All Happy
As you can see, they all came from very different starting places in life. But what makes them all tick? First, read and understand the characteristics listed above as to their individual proclivities for communication styles, preferred methods of feedback and such. But what if you have to get them all to work on a project together? Obviously you can’t just lock them all in a conference room with a task to perform and hope that it comes out okay. Having some idea of who would be happiest doing what type of work would be helpful:


This group of people likes to do what they are told, so giving them a specific list of tasks to accomplish, with defined objectives and milestones that they can accomplish and report back to a central leader will work best.
These folks enjoy the multi-cultural experience and will enjoy the stimulation of working with their Gen X and Y peers. Put them in small groups where they can help bridge communication gaps and have them work on specific tasks. They will find this type of stimulation its own reward. Some of them will seek out authority – make them Team Leaders.
These people will be most happy working independently. Instead of viewing this as being a non-team player, take advantage of this and put them in the role of doing required research or writing up the results of team efforts.

What About Rewards?
Now that you have figured out how to get them all working productively together, and separately, how are you going to reward them to make them best feel appreciated?


This is where you want to invest your money showing your appreciation, as these are the people who most value a monetary reward.
With the skepticism that Generation X has for leadership, any type of status or monetary reward you give them is going to be viewed as something just short of a bribe. The answer? Give them paid leave – and a healthy chunk of it, enough to be equivalent to a monetary award.


Conclusion
Although it isn’t easy to build a cohesive multi-generational workforce, it can be done, as long as you have an understanding of the forces that shaped them, the results those forces created within them, and the patience to empathetically work to foster their growth as individuals and as a team. Teach them to embrace their differences and consider putting in place a multi-generational mentoring program, where each employee selects another of a different generation to act as their mentor in order to share life experiences and start bridging those gaps.